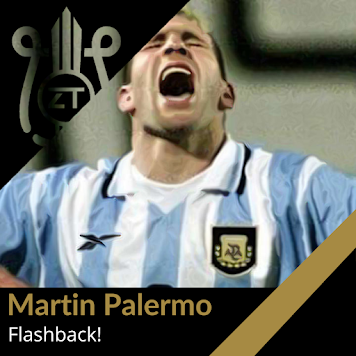 It is hard to avoid Argentinian striker- Martin Palermo’s when looking into the history of Copa America.

Palermo was a vicious and talented striker who played his game in Spain and Argentina, scoring 249 goals in 592 games throughout his career. Yet, the striker is not famous for his achievements but infamous for the unwanted history during the Copa America tournament.

Our dig in football history dates us back to 1999’s Copa America match - Argentina vs. Colombia. Some may say it is the pressure that comes with representing one's country. But how does a player miss not one or two but three penalties in one match?

It was in the 55th minute when Palermo would find his first opportunity in the match. Instead, the striker hit the crossbar.

The forward got another redemption opportunity in the match when the ball was handheld in the box. This time Palermo sent his hit even further over the goal. Things could not become worse for him.

Argentina was trailing 3-0 down when Palermo had his final insult. His team got a 90th-minute penalty. Their striker finally hit the target, only to be denied by the goalie, Miguel Calero- and the humiliation was complete.