Cristiano Ronaldo on the stopwatch 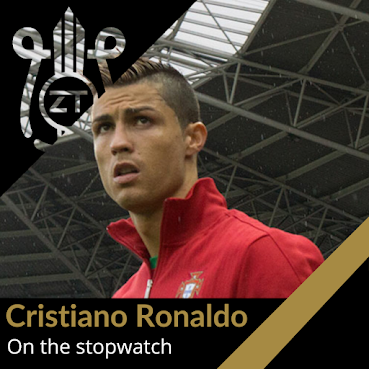 Many goals in a football match are scored in the late stages of two halves of 45 minutes each. It is only in rare cases that a player scores a goal in the first few seconds of the match. Any footballer or fan can attest to this theory.

There are only two football players worldwide who have scored goals in every minute of the game-Cristiano Ronaldo and Zlatan Ibrahimovic.

The Manchester Utd. and Portugal star set the record back in 2014 in the Copa Del Rey clash against Atletico Madrid after scoring two goals – both from the penalty spot. Real Madrid won 5-0 on aggregate.

CR7 scored in the seventh and 16th-minute of the match... with the two goals giving him the 90-minute record.

Meanwhile, Zlatan set the record in 2014 after scoring two goals for Sweden in a match against Estonia. He became the second player in football history to score in all 90 minutes of the game.

The Swede forward also reached a new milestone in that match- in terms of goals (50 in total), breaking a long-standing career record set by Sven Rydell.