The cornerstone of the Celtics dynasty: Bill Russell 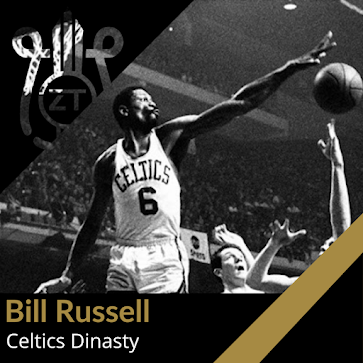 One cannot be a true basketball fan and not know the name of Bill Russell. He is known to be one of the best (if not the best) NBA center players in NBA history. He is named one of the best players for the Boston Celtics, and he left behind a legacy that is impossible to forget. His name is remembered for ages, and he still serves as a role model for many young currents and aspiring players. He is the ultimate basketball icon, one for generations to come. His name will always be on top of the list for the best players the NBA has ever witnessed.

Bill Russell played for the Boston Celtics of the NBA from 1956 to 1969. He played for the center position throughout. In his thirteen years long career, he won numerous titles for his club. Just six years after his retirement, he was honored by including his name in the Naismith Memorial Basketball Hall of Fame.

He was born on February 12th, 1934, in West Monroe, in the state of Louisiana. As one can imagine, American society was very divided at that time, with separate neighborhoods for whites and blacks. In his early childhood and teenage years, he was a victim of systemic racism. He has recalled several incidents of discrimination that he faced due to the color of his skin. When Russell turned eight years old, he and his family moved to California for a prospect of better living. 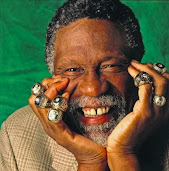 Bill Russell's early life was riddled with hurdles and adversities. He and his family faced poverty after World War II. To make ends meet and get from one day to the next, he did numerous menial jobs. He was employed as a janitor and later a truck driver at minimum wage, and this is just one example of how black Americans were always at the bottom of the barrel.
It is easy to assume Russell was a natural pro at the sport and stood out in the game, considering his athletic build and large hands. His tall stature and height of almost 6 feet 9 inches did give him an edge on the basketball court.
However, this was not the case at all. It is a well-known fact that he struggled a lot during his initial years. At first, he just did not seem to understand the game and its rules. In junior high school, he did not make it to the basketball team for the school. Little did his peers and coach know that the young child they were cutting out would go on to make his name in American basketball history.
When he transferred to high school in Oakland, California, he was not the most obvious choice for the school team. Coming from an impoverished background, he did not have the time or resources at hand to work and master his game. Then how did he discover his basketball gift? Like many other great personalities globally, Russell's life was shaped by his teacher and coach. They pushed him to reach his full potential and allowed him to prove himself.
He worked on his skills and learned the game inside out. By the time he was playing in his senior year at high school, he had become one of the team's strongest players. He won numerous state championships while playing for the high school team. It seemed like his days of struggle and adversities had paid off, and finally, he found a direction for leading life to a successful career, which was also his biggest passion.

His journey to being drafted into the NBA team, Boston Celtics, was again due guided by a Celtics' coach who recognized his unmatched talent and realized that the young player would be a perfect player to play in the center's position for the team. What set Russel apart was his solid defensive attitude on court, an element that the Boston Celtics lacked at the time.
The Celtics' coach had set his eyes on Russell; however, the process of getting him drafted on the team was not as straightforward. The Boston Celtics did not have the first or even the second pick for drafting any player, owing to their poor performance in the season that had just been completed.
Eventually, after a few trades of some of the Boston Celtics' original team players, Russell was successfully drafted into the team. It was later remembered as an extremely lucky day for the NBA team when they recruited a player who would be in the top ten in NBA history and make his way to the honorable wall of fame.
In the summer of 1956, Bell Russell participated in the Olympics held in Melbourne, Australia. Due to this, he did not play one season for the Celtics and made a calculated decision to fulfill his lifetime dream to participate in the Olympics. Later, in an interview, as he recalled his first Olympic game, he said that had he been unable to enter the tournament for basketball, he would have participated in the long jump.

One can imagine the charm that the Olympics held for him early on in his career. He performed well in the Olympics. At the end of the games, his point average was 14.1 per game, which is high even for a well-established, experienced player. As the recruiters of the NBA watched his performance in the Olympics, they became more confident of the faith that Celtics' coach had in him and believed that he would be a great asset to Boston Celtics.
Russell played his first NBA game in December 1956 and added the much-needed strong defense to the team. The Boston Celtics had struggled with their defensive suit earlier, which had cost them quite a few games in the previous season. Now, with Bill Russell on their team, they used him to his maximum potential and played his strengths in their favor. He quickly became famous for blocking excellent shots of other players on opposing teams and securing easy points for the Celtics.
Russell won eleven championships in thirteen seasons that he played for his NBA team, Boston Celtics. He also won five season MVP awards in his career, a number matched only by none other than the legend Michael Jordan. He also broke many norms and unsaid rules for Black Americans because of the sheer and undeniable gift he had. In 1966, Bill Russell became the first-ever African American coach for an NBA team and any major professional sports team in America. This was indeed a ground-breaking historical moment, and it opened an avenue of opportunities for future aspiring athletes.
Though his excellence on the court cannot be denied, he did gain some negative publicity as well, especially in his early years. His attitude and callousness during his public appearances allowed the mainstream media to paint him negatively. However, more often than not, it seemed like the NBA's all-time best player did not care. He did not change the way he conducted himself in public and was unapologetically himself off the court. He had a civil relationship with all his teammates. There was one exception to this. Heinsohn was more of a rival to Russell than a teammate, and the rift between them grew when Heinsohn won the NBA Rookie of the Year award in 1957.

Russell's impact on society was not just through his sport or his series of consecutive victories in the NBA seasons. He not only raised his voice against racism, which was much more prevalent in American society at the time but also led by example. He stood behind the American civil rights movement and became an obvious hero for black Americans. The fact that he was so successful in his game gave him an edge to get away with some statements that might be controversial at the time. He openly spoke against the Vietnam War.

Towards the end of his basketball career, Bill Russell's boundaries between his political and professional lives did not stay well defined. Numerous sports analysts, looking back to his performance in the last ever season he played, say that he seemed distracted, and his focus was on everything else but his game. In the 1968-1969 seasons, the political climate was tense, and his personal life was also facing challenges. He felt frustrated about being so invested in a sport like basketball. It seemed like the game did not fulfill him anymore, and his performance reflected his lack of passion for it.

He officially retired in the year 1972, after quite an eventful and remarkable career. Three years later, he had been honored, rightfully so, by having his name in the NBA Hall of Fame. As previously stated, Russell was not a fan of media interactions and dodged both the ceremonies to avoid making any more headlines for his attitude on camera.

In the year 2013, Russell was honored with his very own statue in the City Hall Plaza. It was recognition and appreciation for his eleven wins to the Celtics in the thirteen championships that he played for the team.