Five weird sports in the world

Around the world that you’ve never had 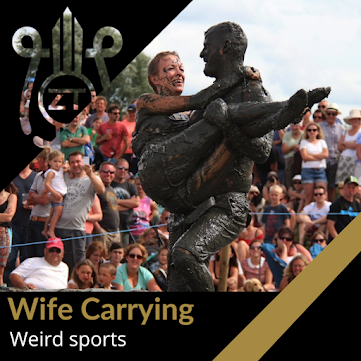 In this sport, male competitors race through an obstacle course while lifting their female partners. Winners get cash prizes, traditional beer, and an entry into the World Championship in Finland.

The sport originated from Southeast Asia and is similar to what we call volleyball. In this game, players pass around the ball (made of dried palm leaves) using anything but their arms.

In this game, two opponents kick each other on the shin until one falls to the ground. The battle sport Championship is held annually on Dover’s Hill, north of the English town Chippen Campden.

In this sport, competitors’ race after a large cheese wheel rolled down a steep hill. The winner takes home the cheese. Annual cheese rolling championships take place at Cooper’s Hill in Gloucestershire, U.K.

Participants or “ironists” travel to a remote location to iron their clothes. Some of the places they perform the chore include underwater, on top of vehicles, and many more weird places.