The story behind Lewandowski's five goals in nine minutes 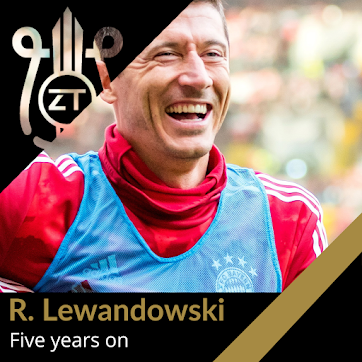 Polish forward Robert Lewandowski set a new record in his football career on September 22, 2015, in a match against Wolfsburg at the Allianz Arena. The striker came in as a substitute and helped Bayern seal a 5-1 win.

Here is what transpired in one of the best moments of Lewandowski's career.

Robert Lewandowski came in the match at half-time after Guardiola's side had struggled to find a breakthrough during the first half of the game. His arrival turned the game into the best comebacks ever witnessed in the German league. Lewandowski became the first substitute in football history to score five goals in a Bundesliga match.

The Poland striker scored his first goal a minute after his entry into the match. He lashed the ball into the bottom corner, leaving the goalkeeper stranded. He went on to net in a stunning four-minute hat-trick- the fastest in Bundesliga history after hitting the post in a counter-attack move started by Muller.

By the 57th minute, Wolfsburg players were shattered and looked helpless as Lewandowski helped himself to a fourth goal as he completed Douglas Costa's cross with a crisp strike.

But the Polish forward was not yet done. In the 60th minute, Lewandowski scored a sensational acrobatic volley which left Guardiola startled on the sidelines.