Highest Court in the U.S

Over the Supreme Court 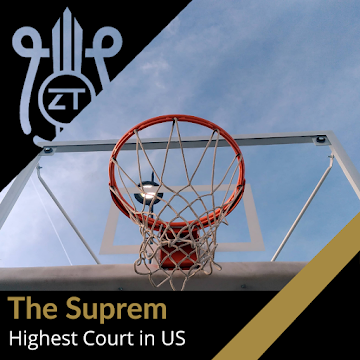 Initially, the court was an empty storage room- then converted into an in-house gym for courthouse employees. The installation of Basketball teams and wooden backboards completed its conversion into a full basketball court. However, no one can play while the court is in session to avoid any noise distractions.

There is also a clear sign at the court’s entrance instructing players not to play during court hours. I am sure no one would want to get a booking for disrupting court functions.

Although not all employees are basketball lovers, many of them utilize the services provided in the gym instead. Some of the current justices regularly spotted lift weights during the day, as well.

Unfortunately, the Highest Court in the U.S is not open to the public. But, if you are a close listener, you might hear the squeaking of shoes and the dribble of a basketball during court sessions.