How to revolutionize a sport: Dick Fosbury 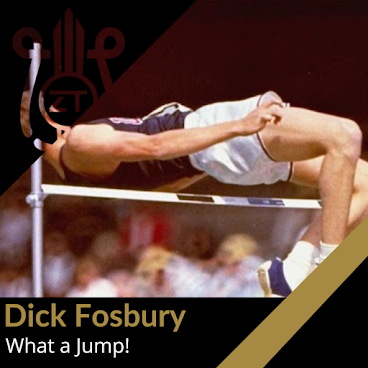 Growing up and participating in sports, many of us ran and jumped without any thought of technique. We were glad to be champions of our families or neighbourhoods.

As we grew older, we noticed that the Olympians on our screens seemed to run or jump in similar ways, which sometimes were very different to what we did. Some of us eventually tried to emulate what we saw, and unsurprisingly, with varied degrees of success and injuries along the way. Watching a high jump competition nowadays, it is very noticeable that most of the competitors jump in a very similar way, which sees them going over the bar with their backs. This is what we now call the Fosbury Flop. It is named after Dick Fosbury, who shot to unexpected stardom with his weird style in 1968.

Fosbury’s experiments which led to him finding this technique started while he was in high school.

At the time, the most common technique of clearing the bar was the straddle method, while the scissor's, which was already considered a limiting technique, was Fosbury’s preferred style. After his high school coach tried to teach him a variant of the straddle method, Fosbury’s performances took a dip and he struggled to clear jumps around 1.5m. His best was eventually only a 1.63m which naturally, would have frustrated any aspiring male high jumper then. Now, such a person would probably be told not to bother or to concentrate on other endeavours. Fosbury was however determined to keep at it. This straddle technique which was supposed to have seen Fosbury go over the bar facing down, had him crashing into it instead.

Fosbury would take his frustration with this straddle technique and use it for a rebound back to his preferred scissors style. In the 1963 meet, with reluctant permission from his coach, Fosbury was back attempting new heights in the high jump with the scissor’s technique. It is said that insanity is doing the same thing over and over again and yet expecting different results. Feeling the need to do something different to clear new personal bests, Fosbury’s trial and error approach to jumping metamorphosed from a simple scissor’s technique to one in which his back went flat over the bar.  As one would imagine, it would have been dangerous for him to hit his back against the ground. Fortunately, at this time, foam rubber pads were becoming more commonly used as landing area material instead of sawdust and sand. As his trial-and-error style became more coordinated, Fosbury was able to clear higher heights and even break his high school record a number of times.
By the following year, in 1964, his hometown newspaper, the Medford Mail-Tribune ran a photograph which had a caption that included the words Fosbury and flops. The photo’s accompanying article described his movement as similar to that of a flopping fish. Fosbury didn’t mind this description. This description would go on to stick.
With a partial scholarship in tow, he enrolled at Oregon State University in 1965 to study engineering. He gave the straddle another chance after encouragement from the university’s coach, Berny Wagner. This led nowhere, or we could say, led to what Fosbury had known before, failure. Fosbury however continued to use his technique at athletics meets. When Fosbury cleared 2.08m and eclipsed his school record, he won Berny Wagner over to studying his Flop technique. Such record-breaking jumping certainly merited some serious looking into.

Fosbury continued to rise through the ranks of his event. At 21, after becoming the 1968 National Collegiate Athletic Association (NCAA) champion in the high jump, he sneaked his way into the US Olympic team by finishing third at the US Olympic trials with a 2.20m clearance. This usually should have gotten more people into being supporters of his technique but it was still so odd that expectations were piqued but low. As with anything new or different, many were not ready for a technique change. Sports journalists didn’t quite know how to describe his technique. Though the Los Angeles Times reported that he “goes over the bar like a guy being pushed out of a 30-storey window,” what was most important was that he indeed went over the bar. Fosbury himself wondered how he put together the movements that saw him scale new heights. One thing was sure for him now, those movements had gotten him to the level he was at, so he would keep on doing them despite the criticism and laughter they generated.
The 1968 Olympic games were held in Mexico. On arriving in Mexico City, Fosbury took the opportunity to explore the Aztec pyramids in the northeast of the city. He went with Gary Stenlund, the javelin thrower who was well known for his eccentricity amongst athletes. While most athletes today would do this after the games have begun or ended, they did this the day before the opening ceremony. 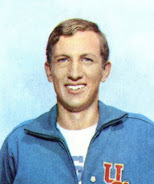 They ended up missing the opening ceremony but Fosbury left the pyramids with a memory he would always hold dear. Between this event and the day in which the high jump was scheduled, Fosbury only had one practice session, and that session was truncated by bad weather. This so far, would probably be described by most coaches as a textbook description of how not to prepare for an event as a serious athlete.
During the high jump final, there were about 80,000 people in the stadium. The audience was intrigued by the unusual technique of the young American who they were unfamiliar with. This was Fosbury’s announcement to a global audience, his first time ever jumping outside his country. At first, unsure what to make of his style, the audience later began to cheer as he entertained them. Fosbury cleared each of his first six heights at the first time of asking. To be clearer, he had no failures up until that point and was the only one in the competition to have a clean score sheet!
Consequently, he was already in the lead. At a would-be Olympic record height of 2.24m, only two men were left in the competition, Ed Caruthers who had won the US Olympic trials that year, and Dick Fosbury. After both athletes had failed to clear the height twice, a gold medal seemed closer for Fosbury. Fosbury with his jump preparation rituals which seemed to take longer than that of the other athletes, now had the attention of the stadium audience. On his last attempt at this height, he went through his preparations and proceeded towards the bar. With all the adrenaline going through his body, Fosbury flopped over the bar. It was a new Olympic record. Ed Caruthers failed again and Fosbury became an Olympic Champion. This was a revolutionary moment. The audience cheered and clapped at his success and the young American became a star. Dick Fosbury became the subject of fierce unending attention.
As reported in a Guardian report by Simon Burnton, Fosbury just wanted to “...be back on the ground with everyone else.” As it is for many in the public eye, the attention from the press got a little too much for the young man to deal with. We still see this today when sports stars are thrust into the limelight.

Lately, we have had sports stars who wanted to compete without having to deal with the pressure involved with cameras and press conferences. It was the same for Fosbury. In a bid to escape the overwhelming attention he was receiving, and probably remain sane, he set off for Mexico’s mountains with teammate Gary Stenlund.

After media appearances on talk-shows, Fosbury in his introverted manner, concentrated on his civil engineering degree and drifted away from the sport. Despite his aversion to media attention, his name has not been forgotten and neither has his technique. 4 years later in 1972, more than half of the Olympic high jumpers were using the Fosbury Flop technique. Although the 1972 Olympic gold medallist, Juri Tarmak still used the straddle, it would be very difficult to find an elite high jumper who doesn’t use Fosbury’s technique nowadays. In fact, the last time an Olympic gold medal was won by an athlete, male or female, with the straddle was in 1976, when East Germany’s Rosemarie Ackermann became the female high jump Olympic champion. Straddles and scissors may rarely still be seen on playgrounds but that is where they usually end. It is fair to say they are now a thing of the past.

Some wonder whether Fosbury’s technique would have been allowed if it were already known about. Well, as there was nothing to say that it wasn’t allowed back then, the surprise worked in Fosbury’s favour. He did his own thing and it worked for him. Consequently, a technique which was previously mocked, became respected, a path once shunned, became widely trod. Fosbury walked his own path to Olympic glory and left a legacy that revolutionized his event, the high jump.