First player in history to score an own goal in a world cup final. 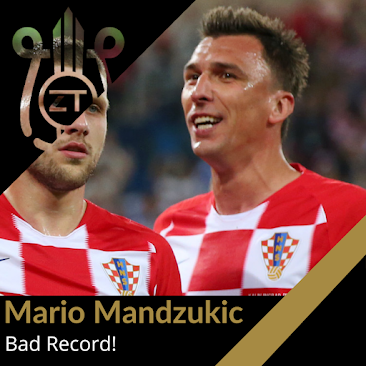 Croatia striker, Mario Mandzukic, made history in the 2018 world Cup final against France in an unexpected fashion.

The forward became the first footballer to score an own goal in a World Cup final after he deflected Antoine Griezmann's free-kick past his goalkeeper.

2018 world cup, hosted in Russia, was a record-breaking event in terms of own goal scored. Mandzukic's deflection took the number of own goals to 12. That figure doubles the previous record of six own goals set 20 years ago at the 1998 World Cup in France.

The striker had sustained a knock before making his comeback in Croatia's win over England to secure his place in Zlatko Dalic's starting eleven for the final.

Mario Mandzukic scored the decisive goal against Gareth Southgate's side in the last four knockouts, finding the net in extra time to cruise Croatia in their first-ever World Cup final.

The winning goal against The Three Lions was his second in the tournament after he found the net in the last sixteen against Demark. His goal against France brought his tally in the world cup to three.