Phelps over the history 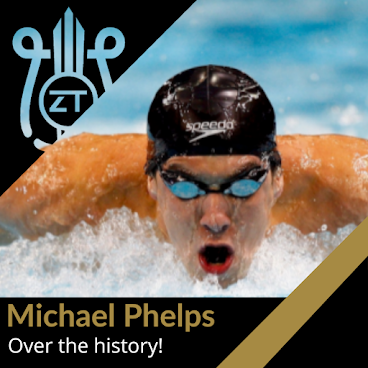 This record was broken after 2000 years, beating Leonidas of Rhodes.

This ancient Greek athlete won 3 consecutive races at every Olympiad since 164 BC. to 152 BC, totaling 12 successes.

The three disciplines in which he excelled were: the "stadion", a 200m sprint, the "diaulos", similar to the 400m long "stadion" and the "hoplitodromos", the armor race.