The biggest accident at the start in F1

The spectacular start of the Belgian grand prix 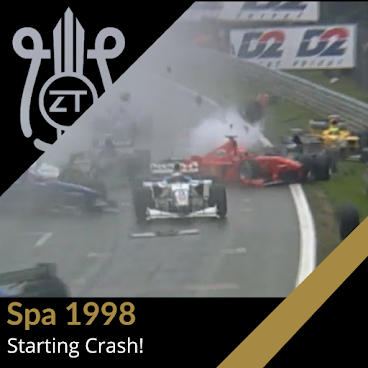 This track is known as perhaps the most beautiful and exciting of all circuits, boasting a by now historical tradition.

In addition to the "most beautiful curve in the world", the Eau Rouge, perhaps someone remembers the spectacular but equally disastrous start of 1998.

It is still the race with the biggest accidents at the start.

The riders in the lead, including Hakkinen and Schumacher, avoided the disaster, but in the rear what happened was truly incredible:

it rains and the weather is not favorable, Coulthard loses control ending up against the wall, the disaster begins.

From the television images the show is unique, among the new waters you can see mechanical parts, tires and debris flying.

13 drivers will be involved, 4 will not be able to restart at the second restart after, obviously, the red flag.

Fortunately, there will be no physical consequences for the pilots.