Win at any cost: Michael Jordan 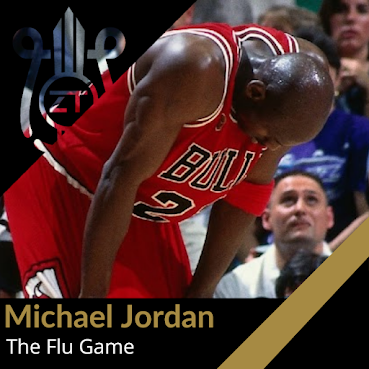 On a particular day in 1997, a game between the Chicago Bulls and the Utah Jazz sealed what many regard as one of the greatest moments of Michael Jordan's career. Seven games were to make up the NBA finals that 96/97 season. The finals were to be contested between the Bulls and the Jazz. The first of them to score four wins would take the title. The first two games were won by the Bulls in Chicago while the next two were won by the Jazz in Salt Lake City, Utah. Going into Game 5 which was to be played in Salt Lake City, the teams were tied 2-2. Although Jordan was obviously not in a great physical condition for the game, he seemed to dig deep into the depths of his heart and produce what has since been considered a legendary performance. On the 11th of June in 1997, the “Flu Game”, Game 5 of the NBA finals happened. It remains one of the reasons why Michael Jordan remains the greatest of all time (GOAT) in Basketball. There are those who wouldn't quite agree with this, but that's an argument for the YouTube comments section.

The previous day, he was ill. Jordan, sweating profusely, was found by his personal trainer curled up at 2am on the floor of his hotel room in Park City, Utah. Although the game was an important one for the Bulls, Jordan was advised by trainers that he could not play in the game the next day. Somehow, Jordan however managed to drag himself out of bed just in time to make it to the Delta Center (now Vivint Arena) before the game. At the Delta Center, he was sick in the locker room and could barely move. He had to keep a bucket close because he kept throwing up. Once out on the court, he still looked very sick. 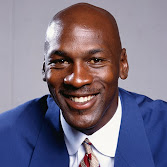 The beginning of the game painted a grim picture for the Chicago Bulls. Jordan looked out of sorts as the Jazz built a 16 point lead in the first quarter of the game led by Karl Malone and John Stockton. The Utah crowd were enjoying the progress of their team. The commentators mentioned how Jordan seemed to be suffering from flu like symptoms. On the court, Jordan bent over, seemingly trying to support himself with his hands on his knees. All was clearly not right. These images of Jordan supporting himself would go on to be quite popular.
Moving in to the second quarter, Jordan began to show flashes of his excellence. Although he lacked his usual speed, he got the Bulls 17 points in that quarter alone and reduced the Jazz’s lead to four points. Just as he showed brilliance, he also showed evidence of a person in pain or with a serious fever. At every time play was stopped, he reclined in his seat, with ice packs on his head. The Utah Jazz were able to stretch their lead in the third quarter while Jordan was reclined on the bench. Phil Jackson, coach of the Bulls team, was using Jordan in spurts to help him conserve whatever little energy he had left. This move could have proved costly for the Bulls as the Jazz were now ahead with eight points. After managing to save up some energy during the third quarter Jordan was back to play. Showing flashes of brilliance again in the fourth quarter, Jordan helped his team tie up with their opponents. With less than a minute left in the game, the audience of about 20,000 were engrossed in the final moments.

Jordan made a pass to teammate Scottie Pippen. Pippen quickly got double teamed but made a pass back to Jordan who then shot the ball without much obstruction for a 3 point lead for the Bulls. The Jazz quickly reacted and made up two more points with a dunk by Greg Ostertag with 15 seconds to go. The Bulls responded with another dunk, courtesy of Luc Longley, which took them to 90 points. After John Stockton missed one of his free throws for the Jazz, the Jazz were now down by two points to the Bulls. As the game ended, Jordan fell into Pippen’s arms in exhaustion and the Chicago Bulls were victorious. The Utah home crowd appeared to be stunned.
Despite his illness in the game, Jordan finished with 38 points. He also had to his name 7 rebounds, 5 assists, 3 steals and 1 block. It was an unbelievable performance. The Bulls would go on to win their next game, making it four wins for them and thereby securing the title. Michael Jordan was awarded the NBA Finals Most Valuable Player (MVP) for the year.
Like we have seen with many sports images where the player or athlete had given all that could have been given, the image of an exhausted Jordan in the arms of Pippen became an iconic one. It is an image which serves as a thumbnail of greatness in the minds of NBA fans. It’s also worthy of note that the red and black sneakers which Jordan wore during this game, were later auctioned off by the ball boy who received the shoes from Jordan. Why worthy of note? They were auctioned off at a whopping 104,000 dollars 16 years later. It does make you wonder how lucky that ball boy was. The legend of the Flu Game has its strong grip on basketball fans.

Based on the media comments made regarding Jordan having flu-like symptoms, many ran away with the story that Jordan played the game while suffering from the flu. Jordan later confirmed that he was suffering from food poisoning. The Bulls medical staff called his condition a viral stomach upset. As far as the Jazz were concerned, Jordan was not ill. How could they have believed when he had just been so pivotal in a game they had lost? This game was the first loss the Utah crowd had seen in a while. The Jazz had not lost a home game for 23 matches up until that day. Whether they believed it or not, the legend of the Flu Game lived on. Jordan’s teammate, Scottie Pippen, remarked that he had never seen him so sick before and wasn’t even expecting Jordan to be able to wear his uniform. The Bull’s medical staff mentioned that Jordan was dehydrated and that they had to force Gatorade on him as there were no IVs. Jordan played till he almost passed out.
Tim Grover, Jordan’s trainer, later remarked in an interview that Jordan was the only one to have eaten out of some pizza they had ordered the night before Jordan got sick. This paints a picture that maybe the Flu Game should have been the Pizza-poisoning Game after all. While some may think that such a title would never have caught on like the Flu Game, we really don't know that it wouldn't have. Grover also gave media impressions that suggested it may have been an intentional ploy to destabilise the leader of the Chicago Bulls. Many hows and ifs pop up if you think deeply about this explanation of what may have happened before the game.

Craig Fite, the ex-Pizza But worker who prepared and delivered the pizza himself claimed that his pizza could not have caused a case of food poisoning as he made sure to do everything properly because he was a bit of a Bull’s fan himself. In reports, he claimed he also wanted to impress his store manager so he put in the extra effort to not just prepare it, but to deliver it himself. Fites statements however make it clear that prior to the delivery, he knew or at least had an idea of who the recipients of the ordered pizza were. While Grover’s statements in “The last Dance” documentary suggest he was sceptical when five guys delivered the pizza, Fite however has stated that there were only two of them who went to deliver it, Fite himself and his driver. Well, it is quite odd that 5 guys would deliver pizza. It must have been a pizza of rather gigantic proportions and weight if 5 guys had to deliver it. Some people have also expressed opinions suggesting that Jordan may have been suffering from a hangover. To be honest, pizza and a hangover is probably a combination many people know quite well.

Tales of players being suspicious of food served to them in hotels and restaurants are not new. There are other incidents with NBA stars and bad food, each with their own levels of credibility. Despite this twist in the story, whether it was food poisoning (with or without intent), the flu, or a hangover, it was still an amazing performance and it was clear that Jordan was not quite right during the game. The Flu Game for now, still holds its charm.