The Lord of the rings 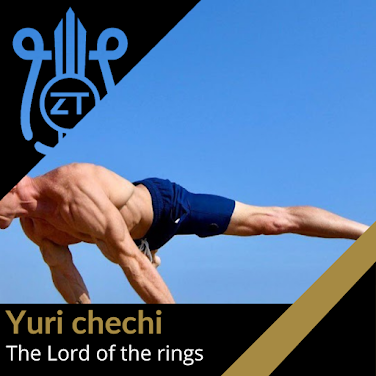 Jury Chechi, a name synonymous with one of the most dominant and refined gymnasts globally during the 1990s. His name was kept after cosmonaut Yuri Gagarin. He is one of Italy's most celebrated athletes for winning five consecutive world titles on the rings (1993-1997), a record that remains unbroken by any European to date.

Chechi is a legend, not only for the Italians but for all Europeans. He also bagged four European titles (1990-1996) and six Italian championships, making him a national hero. He ruled gymnastics in the rings for most of the decade. He has aptly nicknamed 'Lord of the Rings'. The state recognized his contribution to sport, and he was awarded Honor of Merit: 3rd Class commander by the President of Italy in September 2004.

Jury Chechi not only checked all qualities of a brilliant sportsman, but he was also the epitome of those traits. Throughout his career, time and again, he proved himself to be one of the most dedicated, disciplined, perseverant, and hard working athletes of his time. He had immense strength, both physically and mentally. Chechi faced adversities and challenges with tremendous grace and dignity. Every time, he emerged as a more refined version of himself, both as a person and an athlete. It is not surprising that many young gymnastic enthusiasts look up to him as a role model. It is not wrong to call him a prodigy in his sport.

There is no doubt that he was gifted like no other. His talent was unmatched and rare. However, there is no instance in his career where one can point out that he may have taken it for granted or an incident in which there may be a shadow of overconfidence or arrogance. Every time, even as a world champion, it seemed like he wanted to prove himself all over again. He never underestimated any of his opponents. His commitment and resilience were almost obsessive, however, in the best way possible. All his energy, time, and labor were channeled into making him a better athlete. 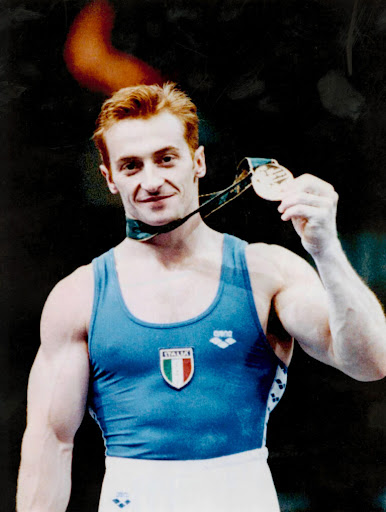 Chechi's passion for gymnastics was his childhood love. In some of his interviews, he fondly recalled performing his first Tsukahara getting out of bed to go to kindergarten. It was as if he was born with it. Practicing at home, he might have damaged vases, chandlers, and sofas at home but that was a minimal price he paid for discovering what he was destined to do.

He participated in all the events from a young child and throughout his teenage years. By the year 1977, as a young eight-year-old child, he had already secured first place in the Tuscan Regional Championship. This was merely a start in his long series of successful games. Hence, it is no surprise when he won six gold medals at Mediterranean Games in 1991, when he was 22 years old.

Winning an Olympic medal was his dream as a child. A dream that he had dedicated his life to. The long hours of tedious training and discipline that left little room for any other thing in his life did not scare him. He was an athlete who did not shy away from committing day and night to working towards the world championship title. His stamina and sport undoubtedly set him apart.

As he worked up the ladder, in 1992, he participated in the Barcelona Olympic Games. Chechi was recently declared the triumph from the 1991 Mediterranean Games, defeating powerful opponents, one of them in third place in World Gymnastics and the other who held a European title. Naturally so, in the 1992 Olympics, he was the most potent gymnast, and it seemed like the title of world champion that he had worked so hard for was not too far away after all.

At such a young age, Jury Chechi was about to make history and reach the peak of his career. His dream was a few days away. However, the odds were not in his favor. Who could have imagined the untimely sports injury that swept him miles away from his biggest milestone? Days before the game, he ruptured his Achilles tendon during training. And just like that, he had to give up his dream and return from the games.

Chechi was not the one to give up. Once he recovered, he bounced back with commendable spirit. He returned to the game as if nothing happened; nothing had changed. He turned to the competitions the following year and not only participated but bagged the world titles every year for five consecutive years.
In 1996, he achieved the ultimate goal at the age of twenty-six thanks to his perfect routine. His eyes were always the high price, and in the Atlanta 1996 platform, he finally made it his own. The routine he performed redefined perfection in gymnastics. There was pin-drop silence in the audience while he served. The public in the stands watched him in awe as he performed an incredibly difficult routine with natural ease and finesse. His 'famous cross' is still well remembered by gymnastics enthusiasts as it seemed effortless.
After his performance, Chechi acted as if he had already won. His self-confidence in his impeccable routine did not leave any shadow of doubt in the audience's mind, and it was as if his opponents were competing for second and third place. It was an unannounced understanding that the gold medal had already found its winner. Even the commentator could not resist saying: There can be any surprises: this is a golden routine! This was a historical moment, as commentators seldom make such sweeping bold statements favoring one contestant over the other. Still, this time it was so clear that no one raised an eyebrow.
The victory was reflective of his years' worth of dedication to the game. His routine is still looked up to after more than two decades, and young aspiring gymnasts take inspiration from his practice. He became the first Italian in 32 years to win a gold medal in gymnastics. Hero at home and legend abroad, Jury had achieved everything an athlete could ever dream for at a very young age.

He had gone through his share of ups and downs. However, a fact known and recognized by the whole world was that he was no quitter. Hence it came as a surprise when he announced his retirement the very next year in 1997. There was no event hinting at his decision before the announcement, and the people were in utter disbelief.
It might have been his young age that made him rethink his decision OR the irresistible itch TO get back IN the game; the 1997 retirement turned OUT TO be temporary. Jury Chechi announced that he will compete IN the Olympics held IN Sydney Olympics IN 2000. The announcement was welcomed BY his fans AND admirers, who were excited TO see him outdo his own perfect 1996 Atlanta routine.
History repeated itself. Destiny had a strange way of playing it OUT FOR the young gymnast. Preparations were IN FULL swing UNTIL two months BEFORE the beginning of the Olympics; he tore the tendon of the LONG head of the LEFT brachial biceps. This injury IN 2000 was much more severe THAN the ONE he sustained earlier, AND though nothing could break his spirit, it became evident that he could NO longer IGNORE his physical ailment AND had TO take note of it. This TIME the chances of him returning TO gymnastics seemed slim, AND his retirement was inevitable. He accepted that WITH great dignity.
FOR Chechi, it seemed, those gymnastics wanted TO bid him a more memorable farewell AND honor him WITH ONE LAST definite victory. AFTER his father was cured of a deadly septic infection, he returned TO compete TO fulfill a promise he made during his father's ailment. He started to train for the Athens Olympics in 2004. He won a bronze medal in the game at the age of thirty-four.
After this game, the legendary Jury Chechi retired permanently.
His career was ONE WITH many bumps, but he IS a textbook example of sportsman spirit, resilience, AND unwavering belief IN their talent. AFTER suffering two major injuries, he still outperformed ANY other ONE AND showed the almost flawless world routines. Chechi was a professional AND truly honest IN his sport. It may be his utmost sincerity TO gymnastics that the game gave him an equal, IF NOT more, respect IN return.
IN the 2004 Athen Olympics,  Bulgarian Jordan Jovčev won the SECOND position, AND the Greek Dimosthenis Tampakos won the gold medal. However, IN front of television sets, Jury Chechi stood BY the principal AND rightly pointed OUT that Tampakos' ROUTINE was far FROM perfect; it had numerous flaws. Hence the TRUE gold medalist should have been Jordan Jovčev. This was his final heroic gesture TO the sport he loved, AND WITH the ultimate grace, he walked away, winning countless hearts.
ANELLI ARTISTIC_GYMNASTICS ARTISTISCHE_GYMNASTIK CHECHI CIO GIMNASIA_ARTISTICA GINNASTICA_ARTISTICA GYMNASTIQUE_ARTISTIQUE OLIMPIADI OLYMPIC_GAMES story
Location: Atlanta, Georgia, Stati Uniti