The longest-standing world records in Athletics 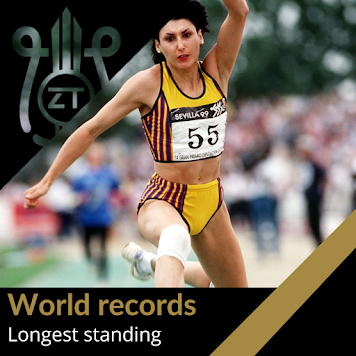 Every sportsman's dream is to break or set a new record in their respective fields. In athletics, some world records are still untouchable despite all the talents that have passed through over the years.

Jonathan is the first man in history to set and break a world record in about 20minutes. It all happened in the same meeting at the world championships. He first jumped past the 18-meter barrier with a jump of 18.16 m (59 feet 7 inches), and then broke the record with the second jump of 18.29 m (60 feet).

A force to reckon with in the 1990s, Sotomayor was the first high jumper to make an eight feet jump. The record still stands to date.

Powell set a new world record in Tokyo at the 1991 World Championships after he had the longest jump of 18.95 m (29 ft 4 1⁄4 in). He is the fourth man in Athletic history to hold the long jump world record for over 20 years.

Barnes became a long-run contender for the longest golf strike after setting a new world record at the Sunkist Invitational in Los Angeles (January 20, 1989). He had a personal best throw of 22.66 m (74.3 ft).

Chistyakova is a 1988 Olympic bronze medalist and the 1989 World Indoor champion. She is remembered for setting a new world long jump record after jumping 7.52 m. Her record still stands today.