The incredible stats from N 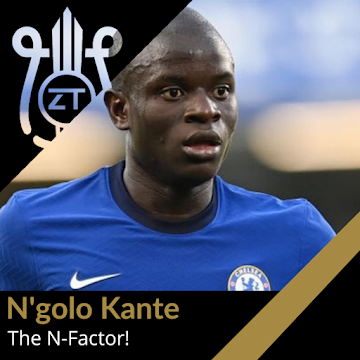 N'Golo Kante outclassed everyone on the pitch on Saturday night in the champions league match against Man City. Chelsea won 1-0 to carry the title home.

The middle fielder put in a man-of-the-match performance and recorded incredible stats during the match. He completed 53 touches and had a passing accuracy of 85 percent. His organization was master class as he completed 100 percent of his tackles and take-on in the final.

While his break-up play was what stole the show, the French man did not yield any fouls during the match. He won most duels, a total of 11, and recovered the ball more times than any other player in the Champions League final.

The performance wowed the pundits covering the game, and they could not help but shower him with praises after his world-class display.

"N’Golo is so swift, and if you are his opponent in a match, you do not know where he is coming from. Because of his speed and agility, he will surprise you. He is the most effective midfielder-fetching and making sure your team stays compact. Kante is one of the best middle fielders in the world today." Ferdinand said.